How Much Does It Cost To Create An Augmented Reality App? 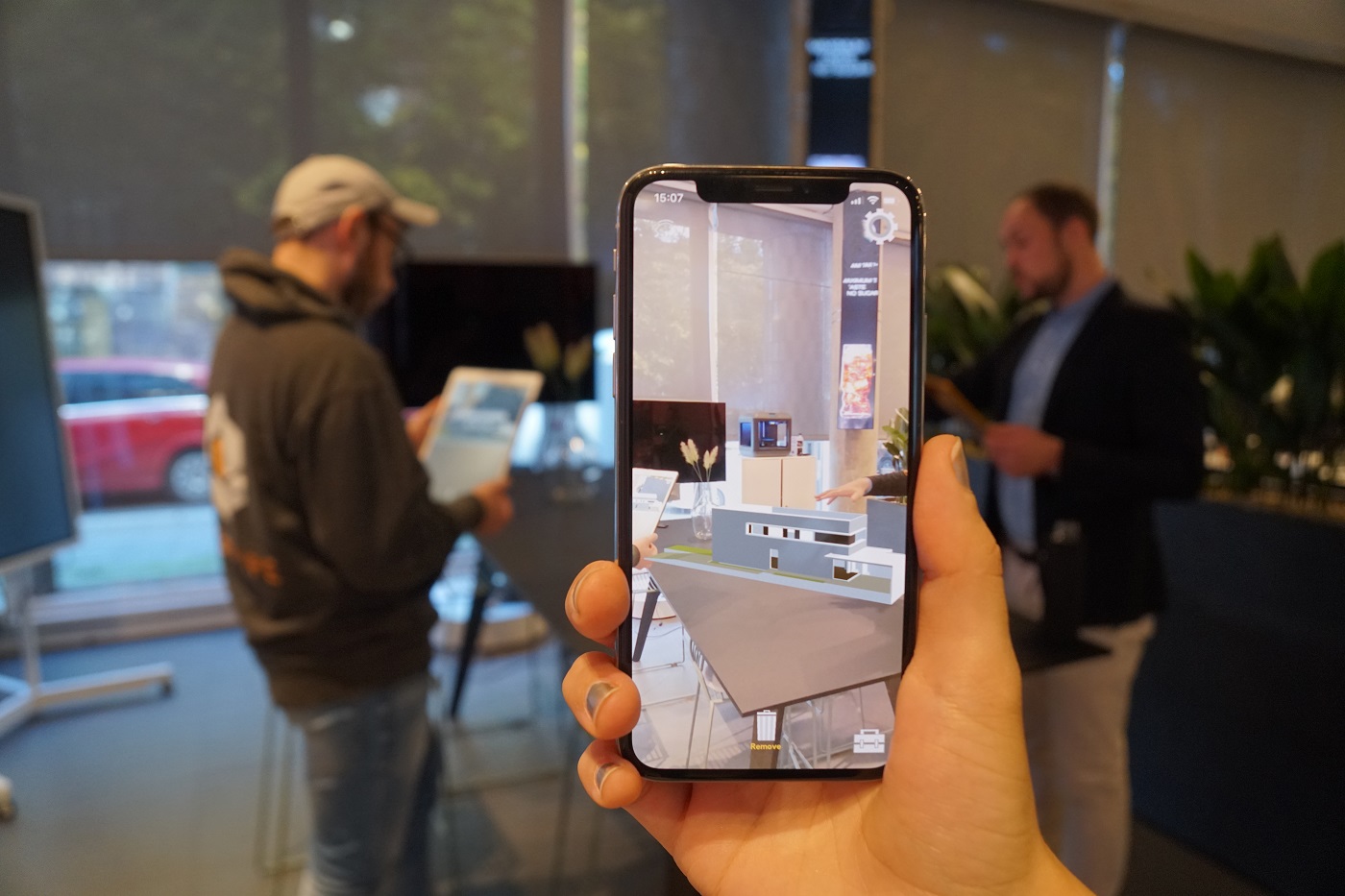 With technology ruling over our lives today, it goes without saying that Augmented Reality or AR has become increasingly important. In recent years, many have come up with astonishing AR app ideas that will blow your mind. Apps have been developed which take objects from the real world and enhance them using technology, mainly computer-generated perceptual information, to create unforgettable user experiences. Objects are transformed in such a way that the user receives a unique combination of visual and auditory perceptions. In more advanced apps, the olfactory and haptic senses also come into play.

Digi-Capital reveals that the user base for Mobile Augmented Reality reached 900 million in 2019 and is expected to grow to an astounding 3.5 billion by 2022. There is also a serious potential here for online sales and marketing, as 71% of consumers say that they will shop more often if they used AR.

Do you have an AR app idea and would like to get it developed? But you’re not sure about the costs of development? Well, then you’ve come to the right place. The cost of Augmented Reality apps is primarily dependent on the kinds of features you want in your app to provide a unique customer experience. However, for a full fletched app, it typically ranges from $30,000 to $70,000. The cost also depends on the number of hours needed for development and the average hourly wage rate of developers. Let’s consider the main features of Augmented Reality apps and the approximate costs associated with them.

Contents hide
1 Choose your type
1.1 Marker-based
1.2 Location-based
2 The best UI out there
3 Three-dimensional recognition and tracking
4 Game support
5 Data Storage
6 Complexity
6.1 Get a Minimum Viable Product (MVP) made
6.2 Customize your app
7 How Much Does It Cost To Create An Augmented Reality App?
8 The Bottom line

There are two main kinds of Augmented Reality apps: 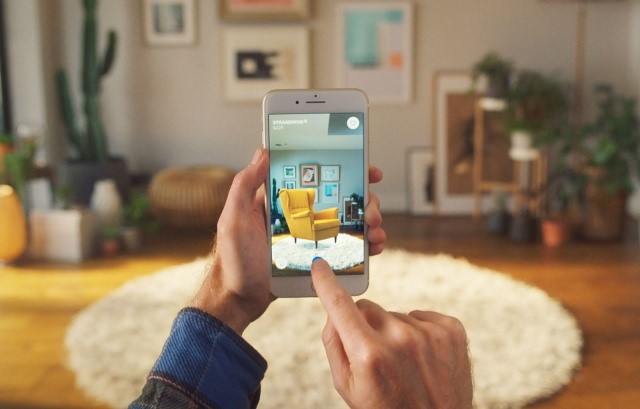 This kind of technology will allow your customers to simply use the camera of their mobile devices to scan the image of an object in front of them. This will be done by pointing the markers on the screen towards the object. The app will add more data and graphics to the object and will make them see wonders. Examples of apps using marker-based technology include online shopping, virtual tour, and interior design applications. If you wish to develop a marker-based app, you will need image recognition software. This software will cost you around $10,000. An Application Programming Interface (API) for Augmented Reality is also required, which will cost you about $6,000.

Location-based technology allows the app to detect the user’s position on a map. This function uses GPS tracking, which is enabled within the app. Virtual (augmented) objects are placed on top of actual physical objects at the user’s location and can be seen on the screen of their mobile device. The best example of location-based Augmented Reality is the game Pokémon GO which shook the world when it came out in 2016. If you would like to make an app with location-based augmented reality features, the main tools required are GPS support and Simultaneous Localization and Mapping support. These features cost $5000 and $7000 respectively. 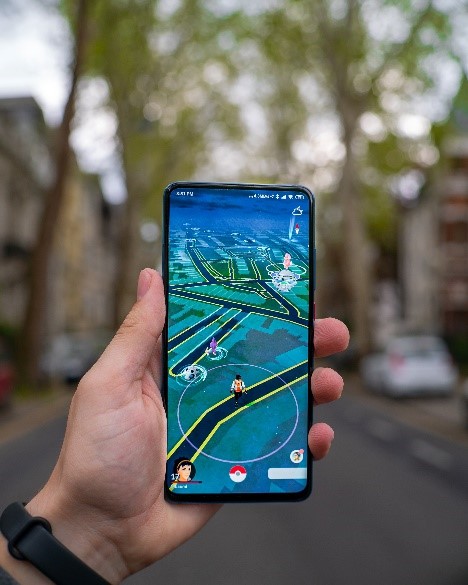 The best UI out there

The best way to attract more people to use your app is to have the best user interface possible. The graphics used should be three dimensional at least and ideally should encompass more dimensions for providing the best experience. The colors and images used should be clear, sharp, and focused. The best is never cheap, so developing such an aesthetic and user-friendly UI will cost you around $10,000 to $15,000.

This feature is vital for any Augmented Reality app as it allows objects to be viewed in perspective. Spatial arrangements can be analyzed in three dimensions and then can be viewed on any mobile device. This feature is useful in a myriad of applications and is not very costly. It costs around $6000.

In case you would like to develop a game based on Augmented Reality, you need something called Unity. Unity is a tool or rather a game engine that will allow you to amaze your customers with dynamic Augmented Reality effects and make sure that they continue to use your app long into the future. A typical Unity game engine will cost you around $300 annually.

The cost of developing your application will also depend on whether you want to store your data on the device, or you want to integrate it with cloud storage. There isn’t an exact estimate available for how much the cost will be for the two storage types, but integrating cloud storage will obviously be a bit more expensive. However, the advantages of doing so include improvement in device and app performance because it will take up less device storage space. Moreover, better app performance will lead to higher levels of customer satisfaction.

The cost of an Augmented Reality app also depends on the complexity of the project. The more complicated the programming required for the app, the higher the cost. As mentioned earlier, the cost also varies directly with the number of hours needed for development as developers work on hourly wages. You have two broad options to consider:

Get a Minimum Viable Product (MVP) made

A Minimum Viable Product will have all the features which are essential for the application to work. It will be an average of all the existing similar apps in the market. The typical features and costs will vary according to the industry, but you can easily get an MVP made in around $10,000 to $15,000.

If you want to add extra features in your app with customized algorithms, then more information regarding the features is required to estimate the development cost. Tell us about your app here, and we’ll be able to give you a good estimate.

How Much Does It Cost To Create An Augmented Reality App?

Lastly, the costs of development vary greatly with geographic location. The estimated cost to create an augmented reality app is ($30,000 to $70,000) is for reputable agencies in North America. Low-tier companies will get it done in $20,000 to $40,000, while some companies in India and other Asian countries might give an even lower price. We recommend choosing a reputable organization as a partner and having a long term business relationship with them. Augmented Reality has a lot of potential in the near future, so these relationships might come in handy.

There is no magic formula to calculate the cost of developing an Augmented Reality app. Also, there isn’t any single leader app in the market to which we can compare the features and get an estimate of the costs. For example, if someone wants to make an app for online video streaming, they can easily compare the features of Netflix to what they want and get a pretty accurate estimate of the cost. Unfortunately, this technique cannot be applied in the case of Augmented Reality.

If we think of this a bit differently, there are tremendous opportunities in this business. Your app could, in fact, become the leader of the Augmented Reality industry. Figure out the type of app you want, make a list of your desired features, and then reach out to us for an accurate quote.