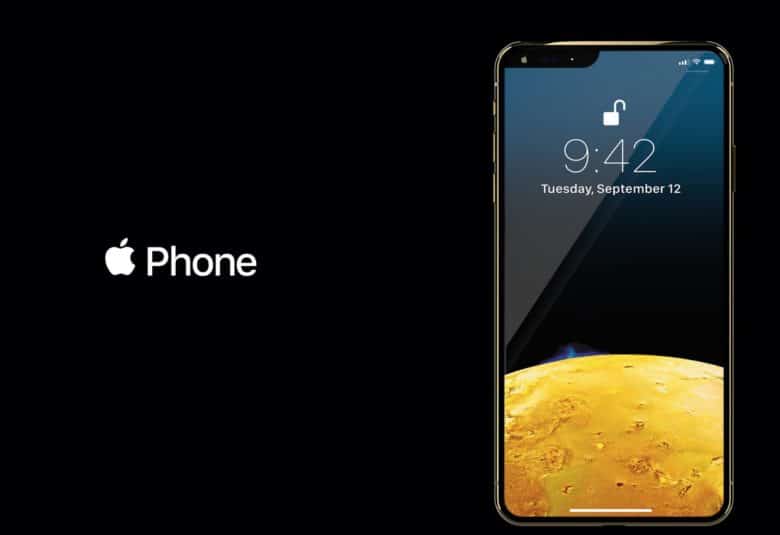 Apple has been constantly updating the features and functionalities of the iPhone and with the release of the iPhone XR, XS, and the XS Max in the year 2018; Apple is expected to enhance the features of its Apple iPhone 2019. While Apple has brought significant Predictions and updates into its latest iPhones 2019, the possibility of further enhancement in the already existing features exists as well.

However, there has been no confirmed report out yet; rumors have surfaced regarding a variety of updates the design, display, features, and functionalities of the future iPhones. With a plethora of new features and updates, here is everything that is believed to be in the new release of the iPhones so far:

It is rumored for the next generation Apple iPhones to have thinner OLED displays. Although there is no confirm update out yet, it is expected that the next iPhones would be most likely equipped with the display technology similar to Samsung’s Galaxy S9. If Apple makes the OLED displays lighter and thinner so then it would surely cut the production and manufacturing cost of these phones as well.

ET News has addressed the news that Apple would most likely integrate the feature of touch into the display and also make thinner and slimmer panels for the phone screen. As for the size of the display screen, there has been no news out yet but most iPhone users and developers believe that there will not be much of a difference in the size of the future iPhone models.

The possibility of having no 3D touch in the newer iPhones is also rumored but it is likely that Apple would stick to an LCD screen for a certain period of time before Apple decides to outsell them.

It has also been claimed by ET News that Apple might introduce a smaller notch in its future iPhones. With the combination of both the Face ID and front camera, the iPhone might have a distinctive design in the future. There are also rumors for Apple to completely remove the notch but there has been no confirmation regarding it yet.

As for the Face ID feature, Apple has addressed to bring new changes and improvements to it and they might even introduce a flood illuminator that would enhance the lighting of the display when using Face ID. A 3D sensor feature for the rear camera of iPhones has not been introduced yet but it is rumored to be in the making. It is also possible that with the new 3D sensor, your iPhone will be more dependent on augmented reality.

The possibility for a triple rear camera lens also exists in the future generation of iPhones. However, there is no confirm report out yet to support this rumor but the possibility certainly exists.

Apple has introduced various features over the years and with the constant updates and changes, it is rumored that 3D Touch would be entirely removed in the 2019 iPhones. While the iPhone XR was not equipped with the 3D Touch feature, it is most likely that nor would be the new iPhones.

It is expected that the 3D Touch feature would be entirely removed but currently this feature is supported by the iPhone XS and the iPhone XS Max. However, there has been no confirmed statement out yet but Kuo has reported it that Apple might remove this feature for good and replace it with an entirely new version of touch display and it could be the Haptic Touch as included in the iPhone XR.

It was assumed that Apple would bring Apple Pencil for its newest iPhones in 2018 but that did not occur. However, most iPhone users have held their hopes high that the Apple Pencil might be introduced in the 2019 release of iPhones. There have only been rumors yet but it has been suggested that the iPhones in the year 2019 might come with a stylus that would be similar to the Apple Pencil and it might equip the same functionality and technology as the Galaxy Note 9 S Pen.

No Chances for 5G

The latest releases of Samsung and OnePlus phones have promised to be equipped with 5G technology in the year 2019 but Apple might not have this feature anytime soon. It is most likely that Apple users would not be able to use 5G technology until 2020. It is not a demoralizing news, as the introduction of 5G is still a far-off endeavor. There are also rumors that Apple might be creating a modem of its own that would be replaced by the Intel technology in its future phones but that is still a rumor.

While there might not be any significant changes in the display and size of the new iPhones, it is most likely that we would be seeing augmented reality features. The A12 bionic chipset itself had enhanced graphical visuals the new ARKit allowed iOS developers to bring about AR features into iOS apps.

These are all of the updates and possibilities that have been addressed and reported so far. There might be new announcements regarding any new updates for the 2019 iPhones anytime soon.